Saraswat Brahmins are said to have descended from a Brahmin caste mentioned in ancient Hindu scriptures as inhabiting the Saraswati River valley (joining the Ganga and Yamuna in Prayag). Brahmins of Kashmir, Punjab, Himachal Pradesh and Haryana are mostly Saraswat Brahmins. Many centuries back, the river Saraswati started vanishing under ground and the so the people on its banks started migrating to other parts of India. They migrated to Gowd Desh (Present day Bihar and Bengal) and later to South-Konkan coast to Kerala – Hence the community derived the name Gowd Saraswat-spoken language being Konkani – the language of the inhabitants of Konkan coast. It is said that, 96 families of the Gowd (meaning northern) Saraswats came to the southern half of India and hence carried the appellation of ‘northern’ in the form of the word Gowd.

With the migration, they formed many sub-communities like the following:

The Gowd Saraswats have built many temples in Goa along with people from the other Hindu castes. Muslim invasions in the 14th century disrupted their peaceful existence. However, peace was regained when Goa came under the sway of the Hindu Vijaynagar kingdom. This period lasted for about 150 years, until the first European settlers, the Portuguese, landed on India’s western coast. The Portuguese, for religious and political motives annexed Goa in 1510. During the Portuguese rule, due to forced conversions toChristianity and extreme oppression, the Gowd Saraswats fled to the Canara (Karnataka), Kerala and Maharashtra. The temples of the Saraswats were destroyed by the Portuguese; however, some courageous people carried the idols of their deities and later slowly rebuilt them. The Portuguese eventually took over these territories, but with a weakened religious zeal. Hence the temples stood firm.

The traditional religion of the Saraswats was Shaivism, i.e. devotion to Shiva, with each sub-group being led by a different spiritual Guru. In the last few centuries, some Saraswats have adopted the Vaishnavite dvaita philosophy preached by Madhvacharya.

Normally Saraswats believe in the concept of “Panchayatan” – worshipping 5 GODs : Shiva, Vishnu, Durga, Surya and Ganapati. Some Temples still maintain this concept, while others have a single deity instead of five. “Kuldev” or “Kuldaivat” are the deities which a set of families primarily worship. Their temples are built and maintained by these families, also called “Mahajans” (or Kulavis) of their respective temple.

Interestingly and Internationally, the story of the migration of this community can be traced from Sintashta-Petrovka and Arkaim regions of modern Lower Central Russia near the border of Kazakhistan.

These migratory experiences were written and the scrolls can be found stored in the Partagali Math. These scrolls were studied by the Archaeological Survey of India for studying the theory of Aryan migration. The community which was called Saraswat, as in “Saraswati Teeraya yasya tey” (meaning the people residing by the River Saraswati), spread to parts of modern Afghanistan, Punjab and Kashmir. From here, they slowly migrated towards some place in Nepal. In fact, it is said that the Kula Devi (presiding deity for the clan) of the Kings of Nepal is the GODDESS “Shree Mahalasa Narayani” (a female form of the Divine Lord Vishnu), whose temple is now located in Mardol, Goa.

Saraswat community has four key Maths or religious sects–Kashi Math, Gokarn Math, Kavle Math & Chitrapur Math. Of these, the Kashi Math comprises  of the Gowd Saraswats of the Dakshina Kanara and Udupi districts of Karnataka, Mumbai, and Cochin region of Kerala. The Gowd Saraswats of Uttara Kanara, Goa and southern coastal Maharashtra follow the Gokarn Math as well as the Kavle Math. The Chitrapur Math is the preserve of the Chitrapur Saraswats. Interestingly, a number of Konkani Christians are of Saraswat descent. While they are a small percentage of all Indian Christians, they dominate the Catholic church hierarchy in the country.   Lord Ved Vyasa Raghupati is worshipped daily in the Kashi Math Samsthan, Lord Rama Veera Vitthala in the Shree Samsthan Gokarna Partagali Jeevottam Math and Lord Bhavani Shankar in the Kaivalya Math Samsthan. 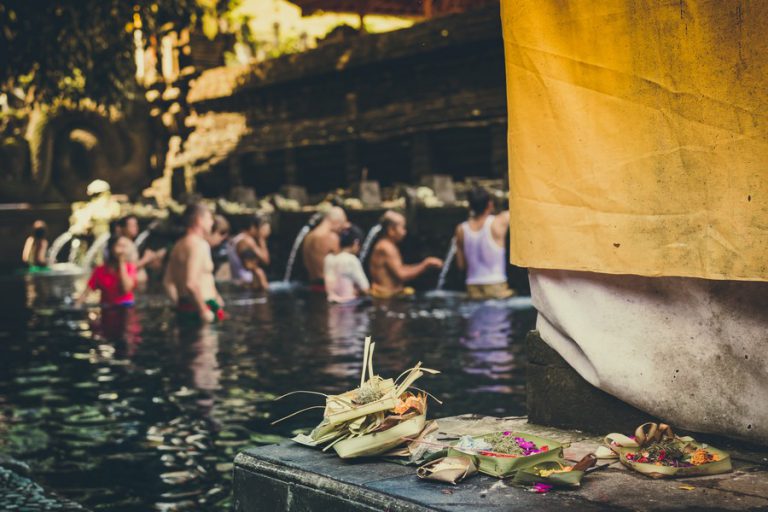 A distinct characteristic of this class of Brahmins is the inclusion of fish in their cuisine by some families.  There is a story of the famous seer, Saraswata. When there was a famine in northern India, he continued to recite the vedic texts by consuming the fish that the GODDESS Saraswati had given to him. The brahmins of later generations who accepted fish as a part of their diet were often known to have referred to this story to justify their full-fledged status as Brahmins despite their acceptance of fish.  Gowd Saraswat Brahmins’ fish eating habit finds mention even in Ramanyana. Before performing Rajasuya yagna, Sri Rama asked Lakshmana to invite all the Brahmins for the yagna. Lakshmana invited everybody, except Gowd Saraswat Brahmins. When asked, Lakshmana explained that he observed them eating fish, which was considered non-vegetarian and therefore, they could not be Brahmins. Lakshmana explained how the Brahmins would catch the fish, separate the head and tail from the fish, then using vedic mantras rejoined the head and tail. They would then release the fish in water. The fish would live again. The Brahmins ate the middle portion of the fish. Sri Rama was impressed. Since the Brahmins were not killing the fish, he felt that no sin was committed. Sri Rama instructed Lakshmana to invite Gowd Saraswat Brahmins to the Rajasuya Yagna.

Yet another Phase :  Shifting base

Progressive resettlement represents change and many times change indicates upward movement.  In the past 6-7 decades, we have witnessed a paradigm shift of Home base by many of our GSBs. Hailing from various places of Karnataka or even Goa, they have bid a goodbye then and majorly settled in Mumbai. They would have toiled day and night to make a sustenance for them here as also to secure reasonably brighter prospects for their off springs Also, there would be a moral responsibility of sending some amount of their earnings to their erstwhile homeland. (maybe old parents or Not-so-well-off siblings). Now, many of that generation’s people may have grown up or well settled children. Yet in heart of hearts, their longings and attachments have always been in their NATIVE place. They may have made it big here, but still have been in touch with their ancestral places. Every year, maybe not all, but a sizeable percentage of GSBs visit their hometown, whether they have property there of not. Many of GSBs have also put in their lumpsum savings, after a spell of hard work here, to own property or build houses there. They look forward to Re-resettling back to their Original home, where, many of their community ties are still awaiting their return. Of course, a mention needs to be made of the increasing trend of  the regular visits to “Gaav” for the various “Teru” and “Punnav” Celebrations. This all is very POSITIVE, because, it renews the old ties as also it keeps the Flame of our Community shining Bright.

Zooming in the Present

The scenario is changed a bit now. In the sense, that now many of them have accepted resettlement out of India itself. Greener pastures and lucrative employment propel people to grab the golden opportunity and change their profile to NRI (Non Resident Indian). Yet, the Indianess has stayed intact.   GSBs have now settled all over India and also spread their wings on the International shores too. In countries like, US, UK, Canada, Germany, New Zealand, Australia, etc., we find some or the other relative or friend, who have made “Home” out there. But noteworthy fact is that as and when time permits, they do come here and rejuvenate their relations in their motherland. They also evince interest to introduce and imbibe in their children, at least some part of our rich culture, traditions and values.   I feel, whether we stay in India or Out of India, we all should never forget our roots. We have to be united and connected.
An educated mass is an enlightened one too. Our Forefathers have always strongly believed in merits of Education and this has laid a strong foundation to the Maturity in our Community.  We, as a responsible and educated Community Member should display our loyalty and affection towards our GSB Samaj and its other Members. Samajja che naav UJJWAL aani Pragatisheel  koruka …….

As a community, we should always stay together in the pleasant bondage of our proud lineage. We should Share and Care.