Lady members of the GSB Community of Mumbai have throughout played a pivotal role in the activities of the Sabha. Commencing from the inception of the Sabha on 26th August, 1934, Smt. Shantabai Desai ran a sewing class for the benefit of ladies of our Samaj at the Sabha’s office, which was then situated at Laxmi Nivas, Girgaum.  Later, when the office was shifted to its present day premises (then called Khote Bhuvan), the sewing classes were taken over by Smt. Kochikar Radhabai Pai and subsequently by Smt. Leelabai Gavaskar. The ladies used to gather on every Friday during the month of Shravan to observe Haldi Kumkum and the exchange of ‘Chudy’s’.

A paradigm shift happened in 1957 when Smt. Sujir Sundari Gopal Nayak, a prominent social worker of Mangalore, conceived the idea of a Mahila Shakha.  She met Smt. G. Susheela Rao (Uma-akka) and they invited ladies to participate in activities of the ‘Samaj’.  As a result, on a Shravana day on 5th September, 1957, the Mahila Shakha of the GSB Sabha was formed with a Haldi Kumkum programme held at the Sabha’s office.  Every-one present became a member of the ‘Mahila Shakha’ by paying membership fee of Rs. 5/-.

The main activities in the early years of the Sabha were related to Social and Dharmic activities and events.  Members took keen interest in “Udyog Mandir”, whereby poorer sections of our community were helped to sell their home-made products like Shevai, Pappad, Pickles, Sambhar Powder etc. A regular feature, then, was Gita discourses by Smt. Susheela Rao which was continued by Smt. Meenakshi Bhandarkar and subsequently by Smt. Prema Kuloor.  The three Haldi Kumkums during, Shravan, Navratri and Sankranti, became very popular and continue to be held even to this date.  Under the auspices of the Sabha, classes were conducted on religious and spiritual subjects like Bhajan and Bhaavgeet singing, the Bhagwad Gita, etc., and also, hobbies like Sewing, Shell Craft, Purse making, etc. A library with Kannada books was also run by the Mahila Shakha. Talented ladies started writing dramas and skits which were enacted during the Sabha’s Foundation Day celebrations. The Mahila Shakha also took part in the All India Radio, Mumbai’s weekly Konkani programme. Weekly Bhajan classes have also been a regular feature of the Mahila Shakha activities. 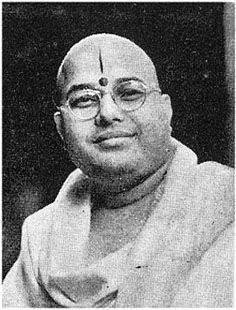 During the Indo-China war in 1962, Late Shri A.M.Kamath (Macson maam) made a gracious contribution of wool , cloth and thread to the GSB Sabha, and members of the Mahila Shakha, volunteered, and with great devotion, knitted woolen hand gloves and sewed thousands of handkerchiefs, which formed part of the parcels sent to the Jawans on the border.
When the membership of the Mahila Shaka increased, space for holding the programs became a constraint. By the grace of H.H. Shrimad Dwarakanath Tirtha Shripad Vader Swamiji of Shree Samsthan Gokarna Parthgali Jeevotam Math, Shri Dwarakanath Bhavan Hall at Wadala was made available for the Mahila Shakha functions and this facility continues till today.

The Mahila Shakha also focused its efforts on fund collection for conducting its various social activities; among early initiatives in this regard were the Rs.2/- lucky number coupons which were sold by volunteers going door to door, the lucky draw for which was held during the Haldi Kumkum programme. The laudable efforts made by Late Smt. Bola Ramabai N. Kamath, who was the Vice-President, in collecting funds are still remembered.
When Smt. Sanjivi Bhat donned the mantle of President of the GSB Sabha in 1970, things took a new turn. Multi pronged activities in educational, cultural, social and religious fields were initiated under her leadership. Smt. Sanjivi Bhat was also the president of the Mahila Shakha from 1971 to 1992. She adopted vigorous ways and means to swell funds for the various Mahila Shakha activities, which included persuading members having the means to make endowments of Rs.5,000/- each, either individually or jointly along with upto three other members for the Mahila Shaka Marriage Assistance Fund.
The activities of Mahila Shakha received further impetus and new initiatives were launched under the leadership of Smt. Vatsala Shenoy, who was President of Mahila Shakha from 1993 to 2010 and Smt. Durga Shenoy, the President since then.