Gowd Saraswat Brahman Sabha (GSB), popularly known as GSB Sabha was founded on 26th August, 1934. It is a Non Profit Making Non Government Organization (NGO) working relentlessly since its inception for the welfare of  the society, in general, and the Gowd Saraswat Brahman Community, in particular.  It is a registered body under the Bombay Public Trust Act, 1950, having Registration Number A-1618 (Bom.) dated 3rd June, 1953. Parama Pujya Guru Shrimad Sukriteendra Tirtha Swamiji of Kashi Math under whose guidance, grace and blessings the Sabha was established.

It was in the year 1934 that a few enlightened members of the GSB Community in the city then known as Bombay, got together at the business premises of Late Shri Bola Krishna Kamath, one among the eminent members of the GSB community of Mumbai, and conceived the idea of forming an association of members of the GSB Community who were at the time migrating to the city in increasing numbers. The outcome of this historic meeting was a decision to form an umbrella organization to bring together members of the GSB community who had settled down in Bombay.  The primary objective of this organization, which was to act as a forum to promote, preserve, and ensure continuity of social, cultural and dharmic traditions, values, and heritage of the Gowd Saraswat Brahman community, resulted in the formation of the GOWD SARASWAT BRAHMAN SABHA on 26th August, 1934, with the divine grace and blessings of Parama Pujya Guru Srimad Sukriteendra Tirtha Swamiji of Shree Kashi Math Samsthan.

The Sabha’s first office, at its inception on 26.08.1934, was situated at Laxmi Nivas, Girgaum.  The office was shifted to the present place on 20-06-1936, which was then known as Khote Bhuvan and subsequently as Heera House.  In 2001, the owner of Heera House decided to pull down the building and construct a new building in its place.  The Sabha was provided alternative accommodation at nearby Neer Darshan bulding.  But, when this building was also to be pulled down for reconstruction, alternative accommodation was provided at Leela Nivas, near Matunga Station (C.R.).  In the meanwhile, the new building in place of Heera House was built and , in its new Avtaar, was called Shrinidhi.  A Gana-homa pooja was held in the new premises on 4th June 2006 and we have shifted to this new office from that date.
A separate Mahila Shakha (Ladies Wing) and Sports Club have been formed to focus on these aspects. 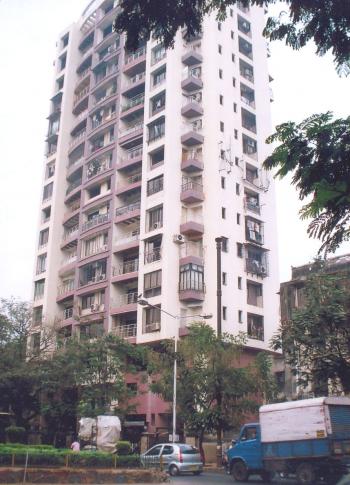